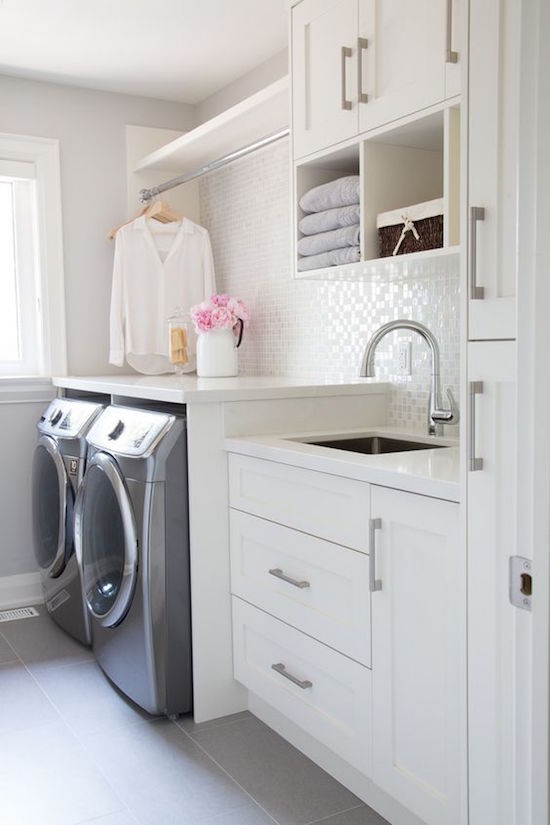 It’s week three of the ORC and other than the arrival of the new dryer from last week, there’s been no actual progress to show you, still just inspiration images like the one above.

But, there’s been a lot of “behind the scenes” progress in that more important decisions were made and more measurements taken by the contractors.

It was critical to get the wallpaper order in first, because that usually has the longest lead time.

But, it was equally important to get the counter tops picked out as well. Especially since the counters will need to go in first, before the wallpaper goes up.

I was a little back and forth on whether or not to go with white or black counters, but eventually elected to go with all white. It’s a laundry room, there’s bleach involved, but also I’m drawn to laundry rooms with a lot of white in them.

Luckily, there’s a local stone and marble store in town, and I was able to quickly pick out an all white Ceaserstone counter top in Pure White.

This was my first choice for it’s practicality in a laundry room and was also the most inexpensive option. While I was there, I decided to also go with white subway tile for the back splashes above the counters to break up the moody wallpaper.

I love the clean and classic look of subway tiles and it’s relatively inexpensive. I’ve been reassured several times that there’s no lead time here. Counters and tile have been ordered!

Everything has been measured and the guys are coming tomorrow to remove the old counters and start installing the new ones.

They estimate about two to three days for this. They were planning on coming yesterday, but I’m currently in Paris (since the weekend) and would rather lose a day and be there to over see everything in person.

Even though we’re half way through this six week challenge and there’s been very little actual progress in the room itself, I’m feeling pretty good about the timing here.

As to how this will all actually look when it comes together remains to be seen. That’s where my confidence is wavering… 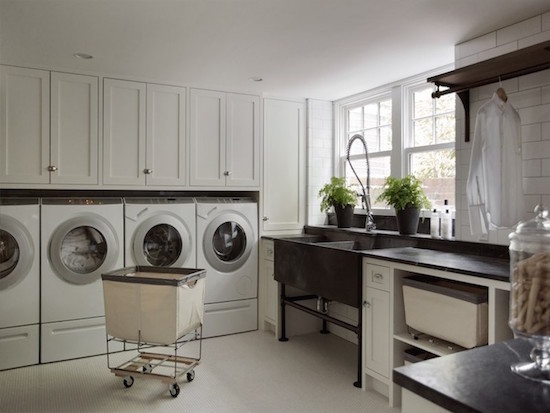 inspiration image via Liz Caan Interiors
Actual work begins in this room tomorrow, and during the next few days I’ll be hunting down a new faucet for the laundry room sink (love the one in this image above) and I’ll also be on the look out for some cool yet practical accessories to bring the room to life. That rolling hamper above is also high on my list!
Be sure to check in on everyone’s week three progress below:
Claire Brody | The Curated House | Design Manifest | Driven by Decor | Honey We’re Home | Hunted Interior | The Makerista | Making it Lovely | My Sweet Savannah | Pencil and Paper Co. | The Pink Clutch | Savvy Home | Simplified Bee | Sketch 42 | Jill Sorensen | Orlando Soria | Thou Swell | The Vault Files | Waiting on Martha | The Zhush | Media Partner House Beautiful | TM by CIH 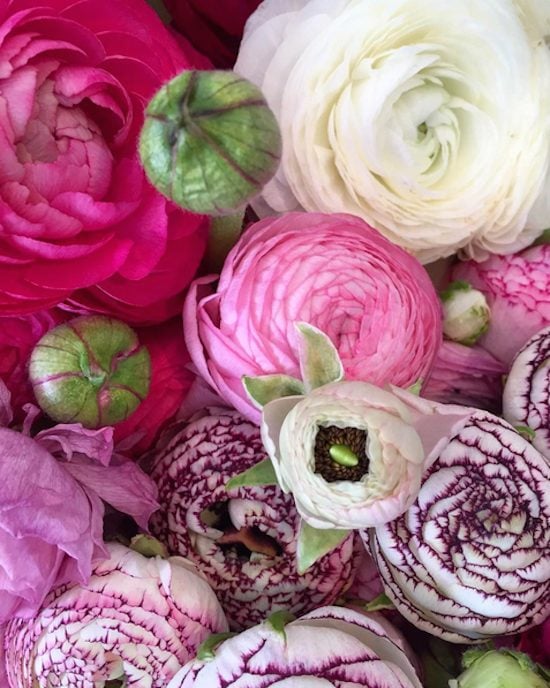 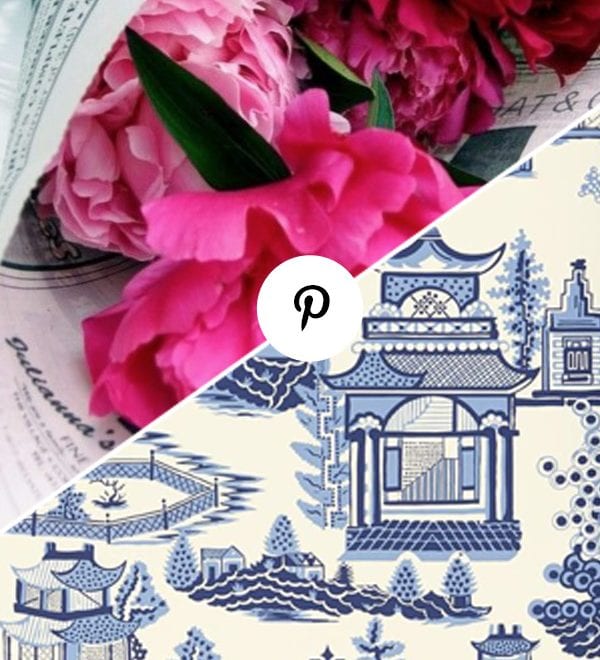